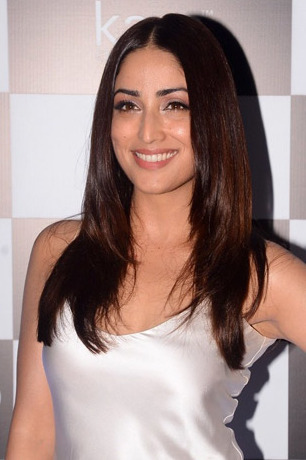 Yami Gautam is an Indian Actress and Model. She is best known as Fair & Lovely girl. She was born on 28 November 1988 and her age is 32 years. Let’s see some lesser known and interesting facts and details about her.

Yami is from family that is connected with movies. Her father Mukesh Gautam is a Punjabi Film Director and Co-owner of PTC Punjabi channel.

She has two younger siblings. Her brother name is Ojas Gautam and her sister is Surilie Gautam.

3. Her marriage with Aditya Dhar

Yami Gautam and Aditya Dhar got married on 4 June 2021. Aditya is a film director. She was dated Pulkit Samrat who is a Bollywood actor.

She studied at Yadavindra Public School in Chandigarh and dropped out from Punjab University, Chandigarh during persuing bachelor degree in Law Honors for her modeling and acting career. Yami would have been a lawyer if she not a actor.

Her favorite colors are Black, Red and White and she loves to eat Chamba Ka Rajma & Pizza.

Yami loves to read, decorate home and listen to music.

She made her debut in Bollywood with film Vicky Donor in the role of “Ashima Roy” along with Ayushman Khurana. Her first Telugu film was Nuvvila which was released in 2011 and her debut Kannad film was Ullasa Utsaha in 2009.

Her first Malayalam film was Hero released in 2012 and her first Punjabi film was Ek Noor (2011) in the role of ‘Rabina’.

She won Zee Cine Award and IIFA Award in 2013 for Best Female Debut for film Vicky Donor. She won Star Screen Award for “Best Comedian” for the film ‘Bala’ (2020).

10. Her Wishes and Dreams

When she was in college, she wanted to become an IAS officer. But, as she got matured, she got interest in Laws and she studied for law. At the age of 20, she moved to Mumbai for acting career.

Yami has been featured for many magazines like “Cosmopolitan” “Elle,” “Brunch,” and “Brides”. Along with Fair and Lovely, she also endorsed many brands like Cornetto, Samsung Mobile, Chevrolet, and Revlon.

Related:   14 Facts about Tara Sutaria That You Didn't Know